I recently read a interesting tweet by Glenn Block about a GraphQL app running on the Linux Subsystem for Windows: 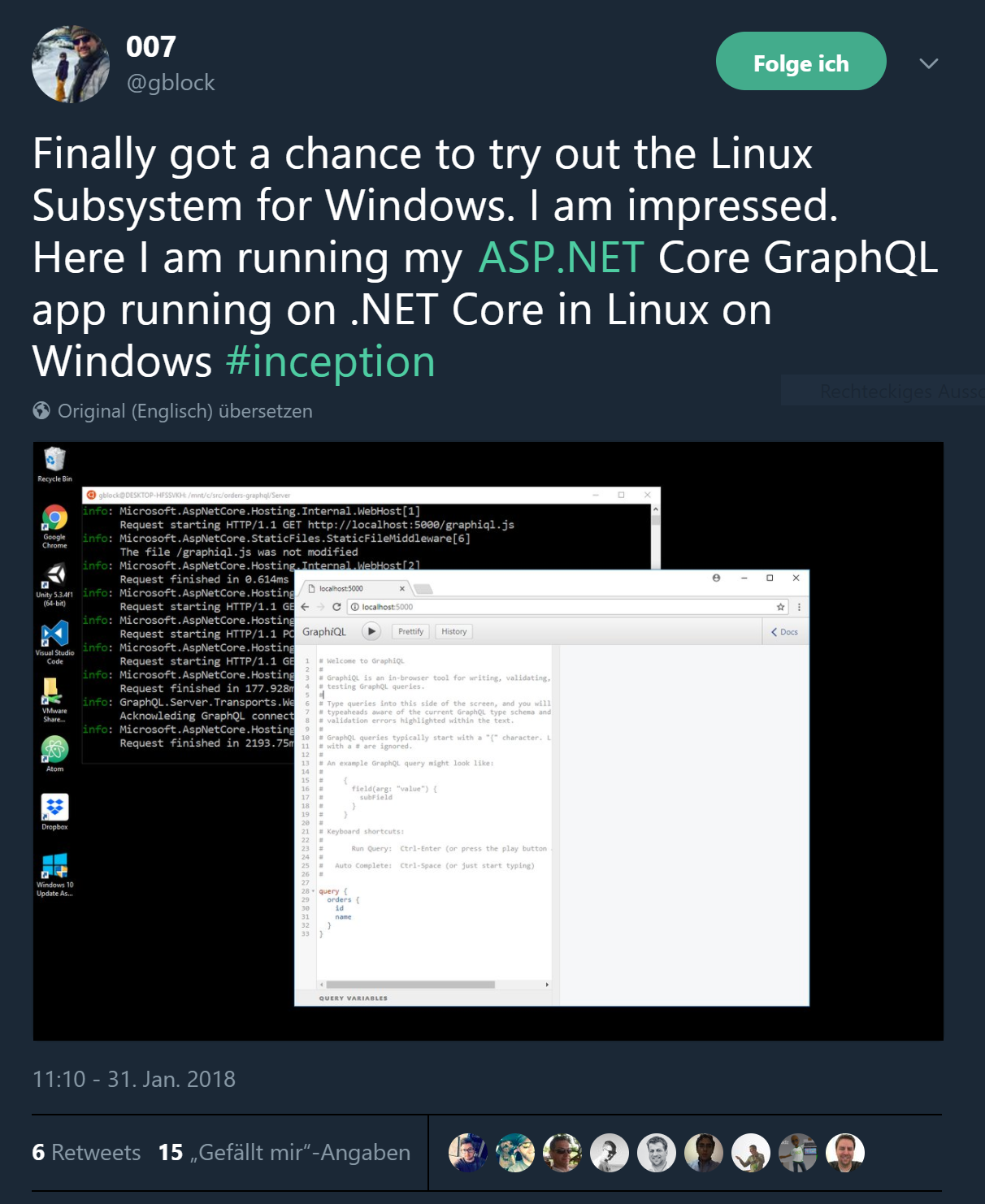 It is impressive to run a .NET Core app in Linux on Windows, which is not a Virtual Machine on Windows. I never hat the chance to try that. I just played a little bit with the Linux Subsystem for Windows. The second that came to mind was: "wow, did he use my GraphQL Middleware library or something else?"

He uses different libraries, as you can see in his repository on GitHub: https://github.com/glennblock/orders-graphql

This libraries are built by the makers of graphql-dotnet. The project is hosted in the graphql-dotnet organization on GitHub: https://github.com/graphql-dotnet/server. They also provide a Middleware that can be used in ASP.NET Core projects. The cool thing about that project is a WebSocket endpoint for GraphQL.

What about the GraphQL middleware I wrote?

I'm pretty sure the contributors of the graphql-dotnet project know a lot more about GraphQL and there library, than I do. Both project will work the same way and will return the same result - hopefully. The only difference is the API and the configuration. The only reason to continue working on the project is to learn more about GraphQL or to maybe provide a better API ;-)

If I retire my project, I would try to contribute to the graphql-dotnet projects.

What do you think? Drop me a comment and tell me.