Naming seems to be the hardest thing for software developers, even for Microsoft. ;) There where huge discussions about the naming of ASP.NET vNext at the MVP Summit 2015 and around the world. Now they found the right names for completely new things: Yesterday Microsoft reintroduced ASP.NET Core 1.0 and .NET Core 1.0.

Now they have a lot to do to change all the NuGet packages, library names and version numbers. But from my perspective this is a good change, because all this stuff are completely new things. The .NET Core libraries, .NET core 1.0 and ASP.NET Core 1.0 are completely rewritten and redesigned. The new names and the version 1.0 makes absolutely sense now. 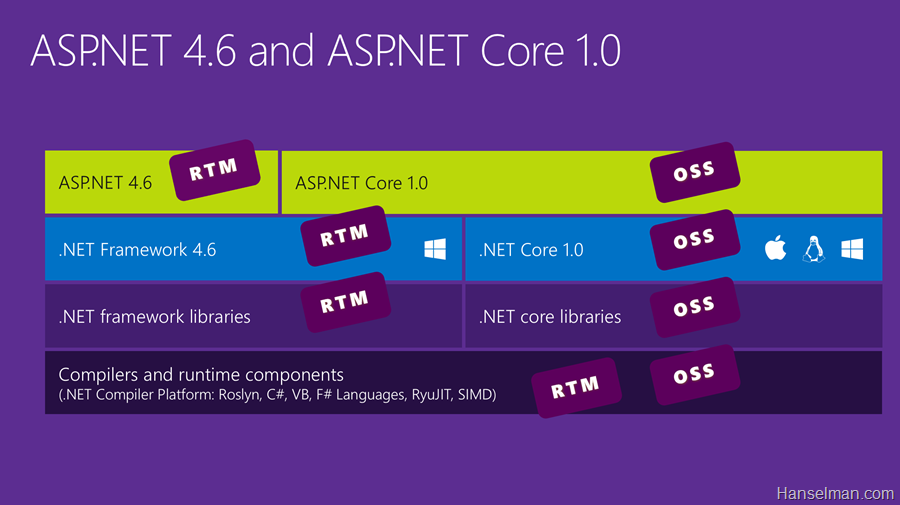 To get more information about the changes, read Scott Hanselmany Blog post about it and watch the latest ASP.NET Community Standup

There is another benefit with that name changes, I think: Now it is possible to update the "classic" ASP.NET 4.6 and .NET Framework to a new version 5.0 in the future without confusing all the .NET developers ;)

The only bad thing about this is, there are too much changes while ASP.NET Core is in RC with a go-live license. This is a little bit critical. This changes should have been done in the beta state.

What do you think about the name and version changes?