This is the next part of the ASP.NET Core on .NET 6 series. In this post, I'd like to have a look at the .NET 6 support for Hot Reload.

Playing around with Hot Reload

To play around and to see how it works, I also create a new MVC project using the following commands:

These commands create an MVC app, change into the project folder, and open VSCode.

dotnet run will not start the application with Hot Reload enabled, but dotnet watch does.

Run the command dotnet watch and see what happens, if you change some C#, HTML, or CSS files. It immediately updates the browser and shows you the results. You can see what's happening in the console as well. 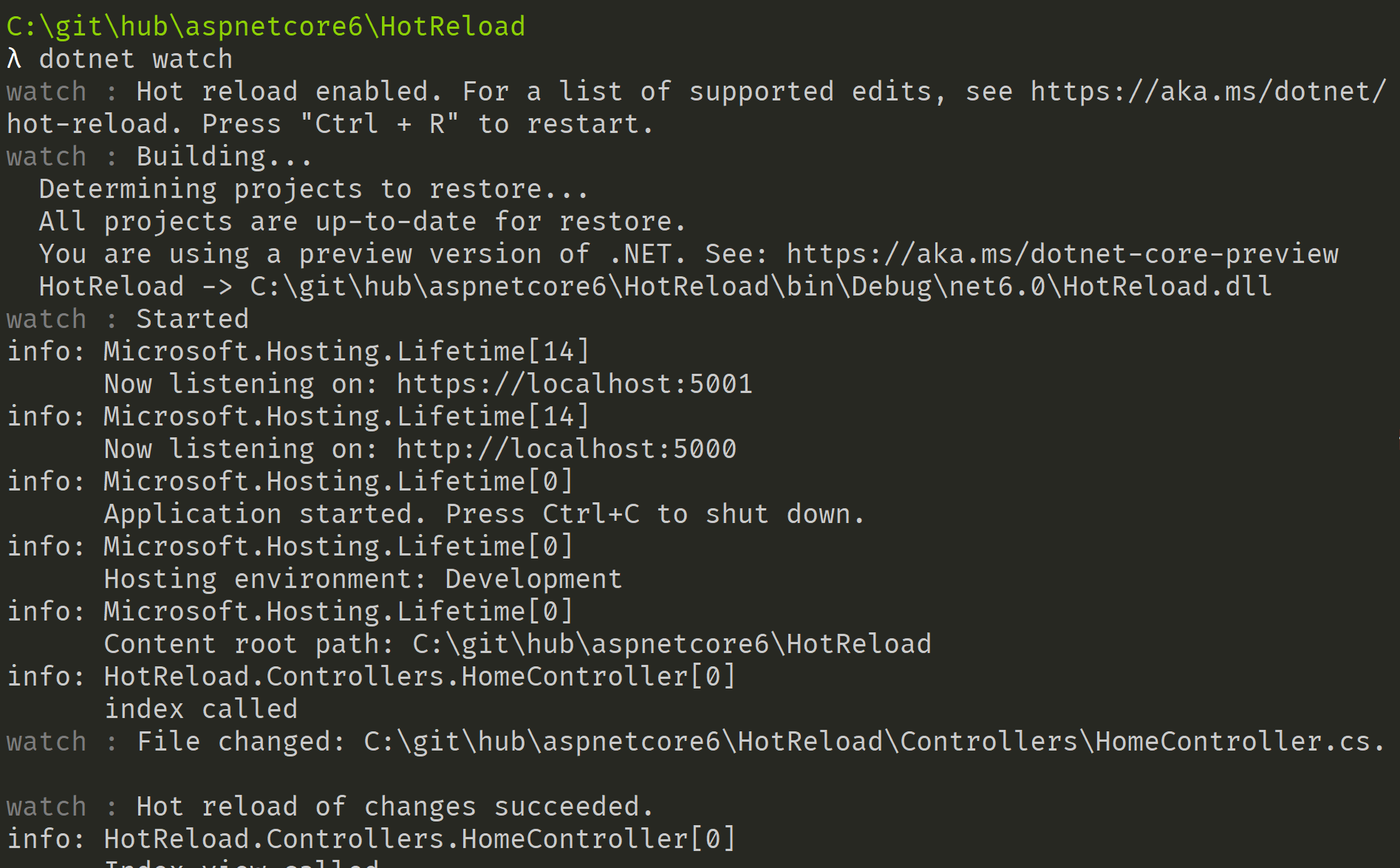 As mentioned initially, Hot Reload is enabled by default, if you use dotnet watch. If you don't want to use Hot Reload, you need to add the option --no-hot-reload to the command:

Hot Reload should also work with WPF and Windows Forms Projects, as well as with .NET MAUI projects. I had a quick try with WPF and it didn't really work with XAML files. Sometimes it also did an infinite build loop. Every build

More about Hot Reload in this blog post: https://devblogs.microsoft.com/dotnet/introducing-net-hot-reload/

In the next part In going to look into the support for Shadow-copying in IIS.